So far, Omeganaut's ship has never really flown. It only moved on the horizontal and vertical axes. As for the depth, it was a magic trick, as the ship was not advancing, but everything else was coming at it: enemies, obstacles, particles of explosions, celestial bodies...

Was that a good idea?

For starters, it's a funny choice, inherited from Pong.
Back in 2012, when I started ZGameEditor, I modified the ZPong demo, which came with the program. Funny start... 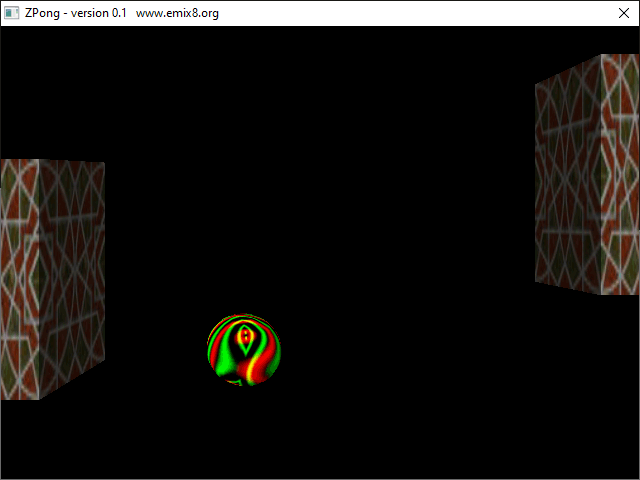 I removed the ball, reduced the size of the puck directed by the player, and you had to avoid the walls coming from the right. Then I put the camera behind the player and iterated the changes until I got the very first alpha version. I played it again to take the next screenshot, and it was already very cool. All was already there: an infinite, randomly generated Star Fox rail shooter with difficulty increasing with the points. But the ship and the camera were not advancing forward. 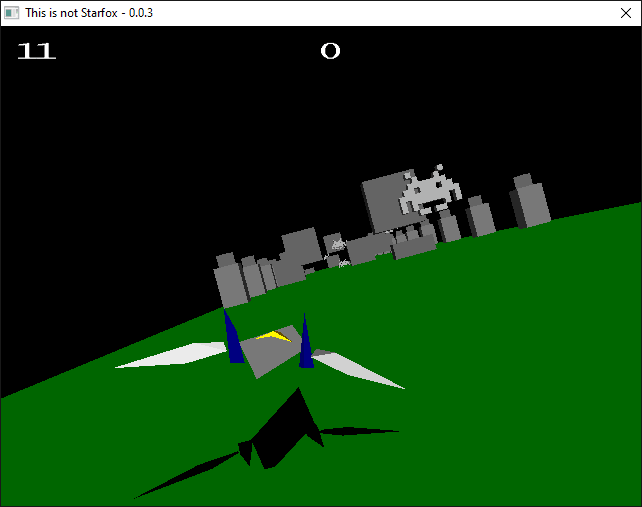 As an observer behind the fixed camera, it doesn't change much. The decor scrolls, giving the impression of advancing. The problem with this method is that I had to update the physical hit boxes of all the objects, even those that were supposed to not move, like buildings and trees. It wasn't optimized at all, and it could be felt during large explosions with hundreds of particles.

So I've spent the last few days reversing all that. From now on, the spaceship goes straight towards infinity, closely followed by the camera, and the decor no longer moves. It's a huge change, but since it's invisible to the player, it makes you wonder why waste my life with such changes? As I'm working alone and when I have the time... In fact, I would like the game engine to be as solid as possible before starting to fill it with huge content.

I still took the opportunity to add randomly generated mountains, a new skin for the Mothership level, a launch pad for the Omeganaut and a bunch of little things to discover for yourself: 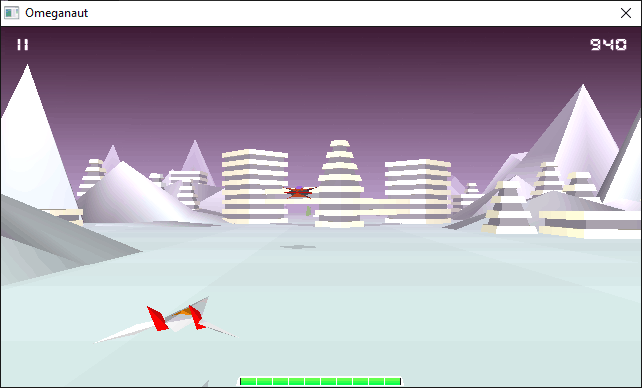 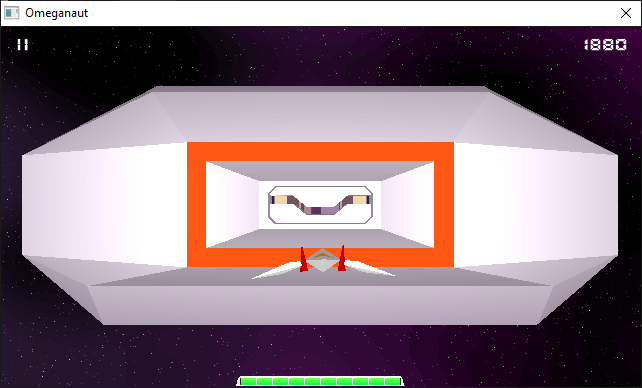 You are the last pilot of the Earth Alliance, our only resort: the Omeganaut